I am rather chuffed to have my image in Jade Magazine, which features work from erotic artists both established and new, as part of a 11 page spread by my good friend and talented photographer Robert Babylon. In my opinion, Robert’s work really stands out not only for its technical prowess but also its originality; Robert is making quite a name for himself with his innovative photography using UV lighting. Robert was kind enough to comment that the quality of the model also has a direct impact on the quality of the work. There are a couple of pages from the magazine below. The question is; can you spot me in each! 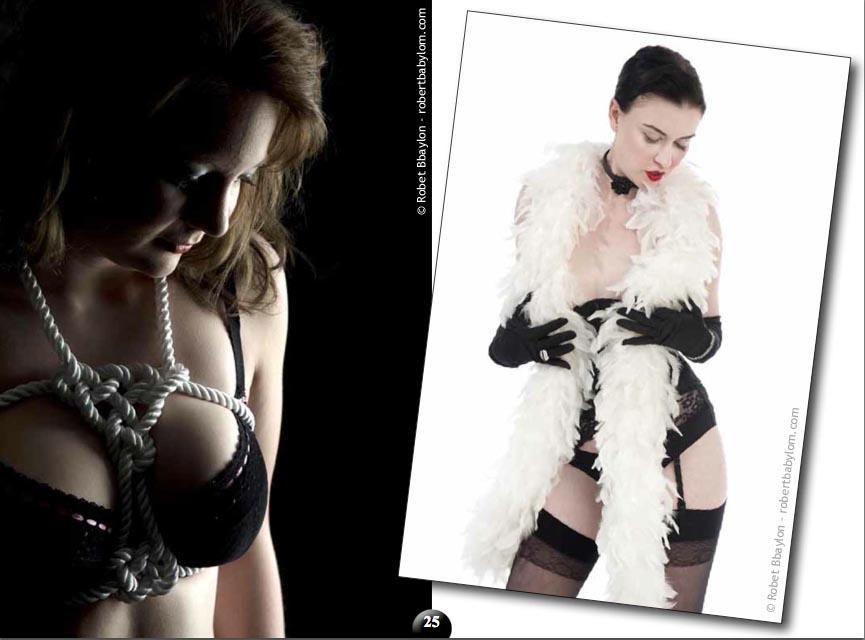 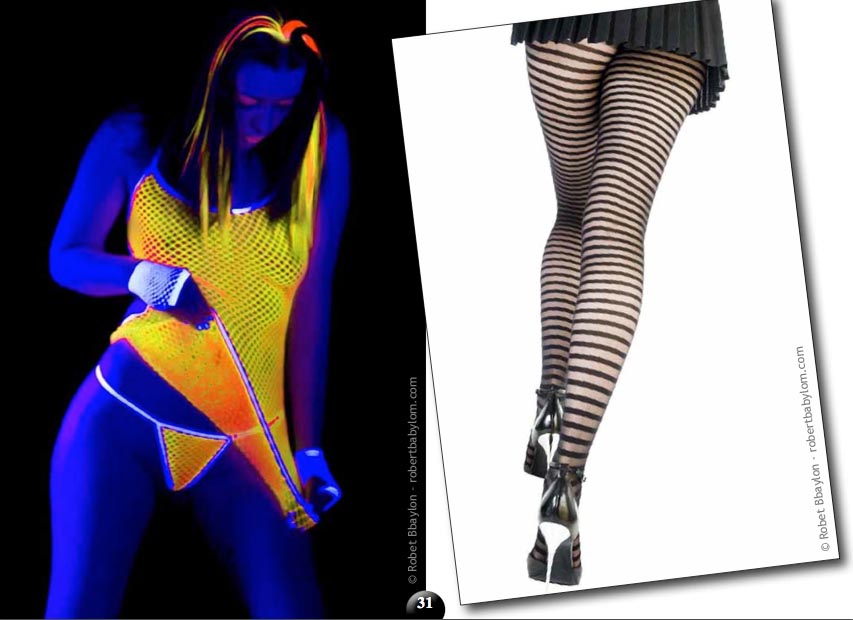 It was difficult to drag myself away from the sunshine of China Hamilton’s Suffolk Garden. However, the knowledge that this genius of erotic photography would shortly transform a glimpse of pale thigh, the lace top of a silk stocking, a dash of purple lipstick into so much more than these component parts was as alluring as ever. The alchemy of this process never fails to fascinate and amaze me. The plan was to give some of my much-loved vintage style lingerie an airing before the camera. I had bought along two pieces from two of my favourite lingerie emporiums What Katie Did and Playful Promises. Not that I am one to make grossly unsubtle and heavy handed hints regarding appropriate gifts for Mistress, but if you follow the links, the websites for both shops are well worth a visit… 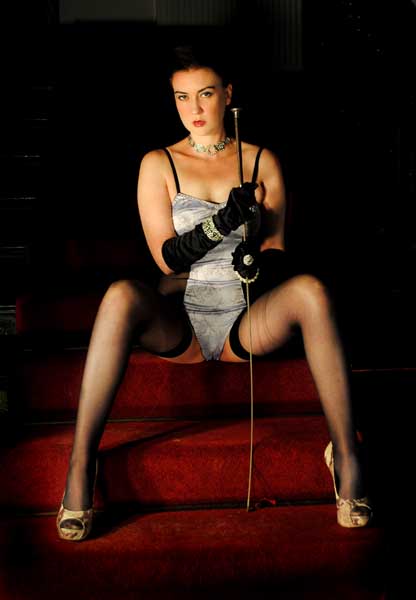 The first piece was a body from Playful Promises, with a front panel in a beautiful gossamer grey silk and a rather suggestively see through back. The second piece was a classic what Katy Did Corselette in black satin, perfect for accentuating my small yet perfectly proportioned curves. I, of course matched each garment with fabulous, gloves, heels, boots and vintage glitter, pearls and lashing of lipstick in seductive shades. We shot on the stair case and at the antique desk. Mr Hamilton is not a man to hang around and  once he had adjusted me to his satisfaction we captured both looks in a matter of minutes. I will be posting a full gallery from the shoot on my website shortly, but here is a little taster for you lucky, lucky boys! 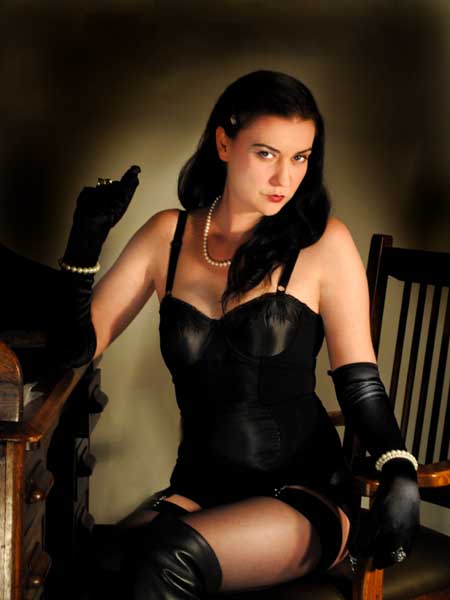 I do hope you have an excellent reason to disturb Me…
Photo: China Hamilton

Me? Exhibitionist? Never! Well maybe a just a little bit…

Certainly when my good friend Miss Braegas, who is pursuing a career as a portrait photographer in New York City, recently asked if she could do a photo shoot with me whilst she was in London to add to her portfolio, I didn’t hesitate in saying yes. Particularly as this multi-talented lady is also a professional make up artist and offered to give me the full works. So false eyelashes in place and hair coiffured, I was ready for the camera and I must say, I was rather pleased with the results. A hint of Helmut Newton methinks, perhaps belying Miss Braegas’ Germanic roots! 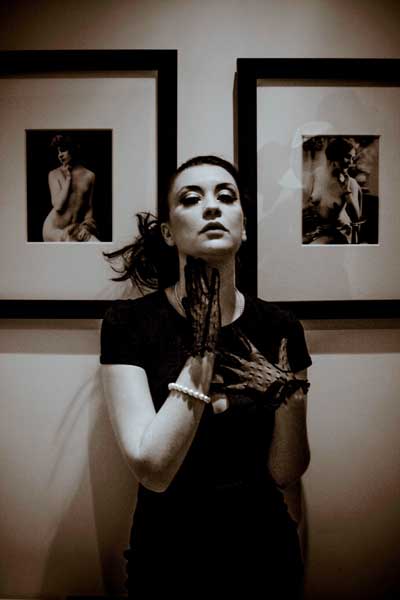 Helmet Newton Eat Your Heart Out!

Here is picture of me preparing to head off to Pedestal with Nanny Nogood. Unfortunately, as it was rather warm I did feel obliged to wear very little in the way of clothing….

Nanny and I certainly had a lot of fun last night but I can’t tell you what transpired, as I fear that might be breaking the Official Secrets Act… 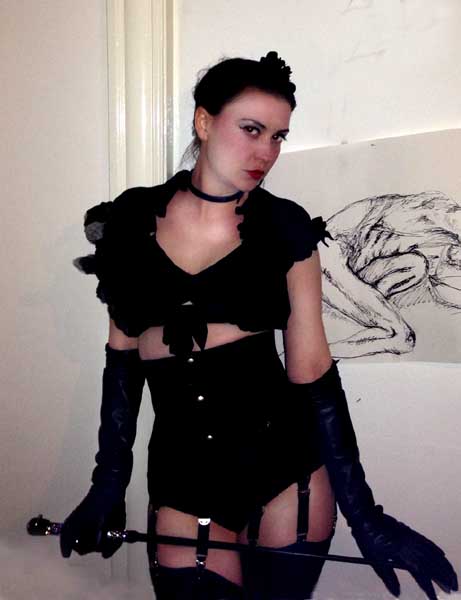 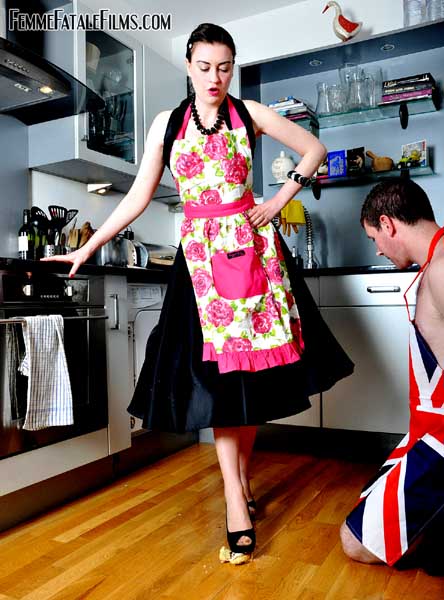 On the evening about 20 ladies were in attendance. I don’t know who was most nervous, me or the attendees contemplating the prospect spending the next two hours getting to grips with the technicalities of taking charge in the bedroom. For everyone’s sake, it was a good thing that the champagne was freely flowing.

However, after a tentative start, curiosity soon got the better of the ladies in attendance. The subject of CBT really seemed to break the ice and soon Algernon, our entirely realistic and life size male torso for the evening, was getting the sort of female attention that most men can only dream about. Hands were everywhere and there was definitely some rough fondling taking place, as the ladies couldn’t wait to have their turn at tournequetting poor Algernon’s testicles. From that moment on the female enthusiasm was well and truly out the bag and on the rampage. I was bombarded with questions, the props table was raided and the batteries ran out on the vibrator as everyone present wanted to test all the efficacy of all the different settings (on their noses, you really do all have filthy minds).

I like to feel I sent a few happy converts on their way at the end of the evening. And to any chaps out there, who find themselves at the receiving end of some unexpected enthusiastic and vigorous attentions, I suggest that you shut up and be grateful (hopefully you will have no choice in the matter if my young disciples have learnt well…) 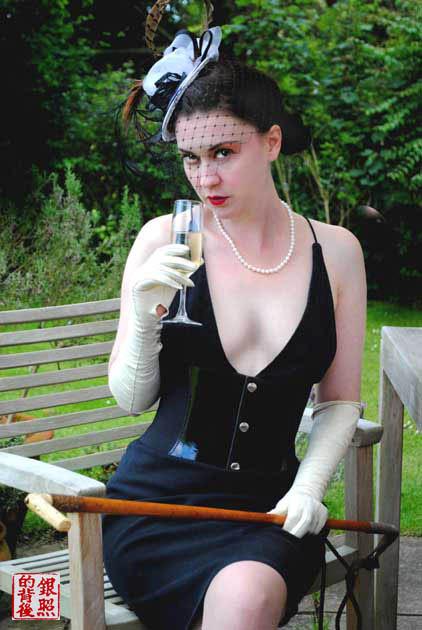