When talking to anyone “on the scene” who you are meeting for the first time the conversation inevitably turns to “so how did you get into this?”

For me, like the majority of people I talk to, my kinky sexuality is just part of who I am. As soon as I discovered this side of myself, in my early twenties, it didn’t take me long to join up the dots right back to my infant school days when I have very clear memories of childish fantasies of catching a boy in kiss chase and forcing him to remove his pants in front of a group of my giggling girl friends. And I think the game I used to play with my best friend when I was on the brink of puberty which involved us in taking turns to be governess and pupil and a lot of  cupboard under stairs bondage action (whilst my parents were out) is a clear indication I was on a very slippery slope even at the tender age of twelve!

I thought I would take this opportunity to share with you a couple of images that were very instrumental in making me the wicked woman I am today, which held, for me, a fatal attraction

Firstly, the cover of the Strokes Album “Is This It” which I purchased in 2001. The music is great, but what I was really drawn to was the album cover. Very simple, very elegant and suggestive of a deviant world that fascinated me. 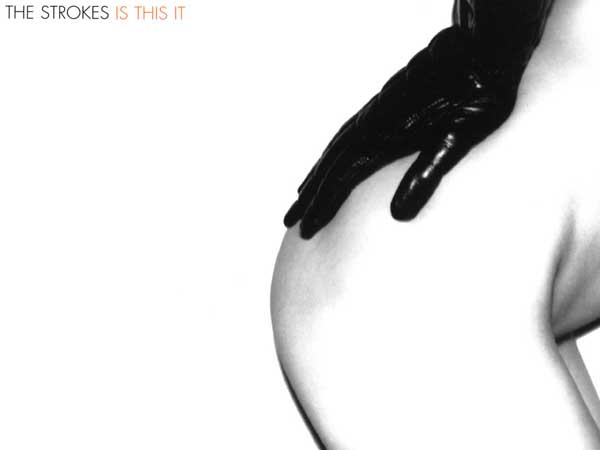 Perhaps a year later I purchased this image as a poster whilst on holiday with my parents in Brussels. It still hangs on my bedroom wall in my parents house to this day. Of course, I now know that the illustration is by John Willie and was the cover of edition 6 of Bizzare Magazine. At the time I loved the stylised elegance and the retro chic of the image, as I explained to my Mum. What I didn’t share was that it was the blind fold, and the subverted sexuality it implied, that really intrigued me… 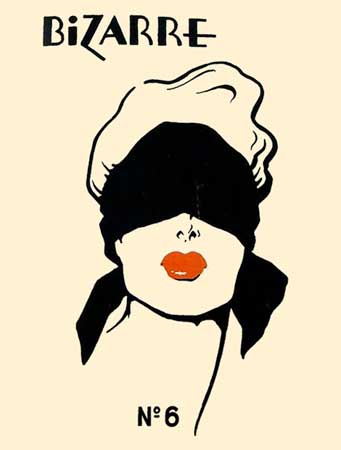 Cover of Bizarre No. 6
Illustration by John Willie