The debate about whether Islamic women should be permitted or not wear the niqab or face veil, in certain professional and legal situations, has been hard to miss recently. What I found most interesting about this discussion was hearing some very eloquent and intelligent young ladies who have chosen to wear the niqab speak about their decision. One young lady explained how covering herself meant that she didn’t have to worry about buying the latest fashions or looking a certain way, concerns that troubled her friends. She felt that people judged her for her personality and intellect and not the way she looked. Her reasoning made me smile. I became a goth for much the same motivations. A flirtation with the local vampire society, an obsession with Poe and a wardrobe that consisted largely of crushed velvet presented a convenient exit card from all the conventional teenage girl angst. 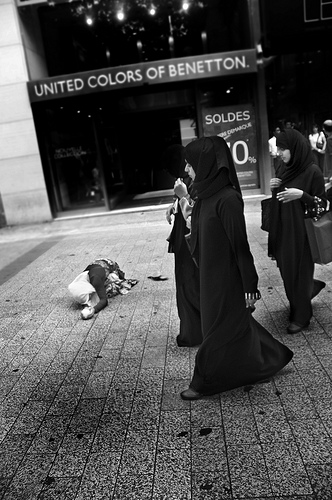 And perhaps there is some truth in what she said. If we are to believe the media, contemporary female adolescence would seem to be a particularly unappealing concoction of fad dieting, online bullying and body dysmorphia. At least when I was growing up all you had to worry about was the Cosmo position of the week, where as the online world seems to offer an information overload. But is it really that bad? Are there are not many sensible teenage girls out there doing their homework and discovering themselves and the world in their own time?

The young lady speaking about her decision to wear the niquab implied that there was nothing between anorexia, nymphomania and the burqa. Not an unsurprising argument seeing as, since time in memoriam, society’s solution to the thorny topic of female sexuality and desire has been to put a woman in either the Madonna or the Whore box before sweeping the whole uncomfortable question under the carpet.

I suppose I would say, this being in many ways a professional flirt and a tease, but really what is so wrong with what lies between these polarities? With the woman who puts on that dress which she knows looks really great, who leaves the house with her head held that little bit higher, who struts just a little on the way to the tube, accentuating imperceptibly the movement of her hips, who glows a little bit more with every appreciative glance and turned head she pretends to ignore. Is she really asking for some terrible act of violation? And are members of the male sex so Neanderthal that the mere suggestion of a woman as a sexual being will drive them into a state of uncontrolled frenzy? Thankfully, that has not been my experience. 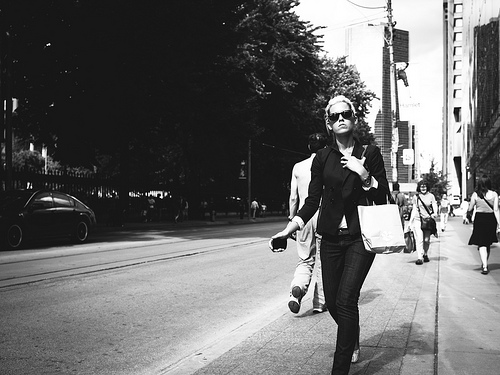 So what do I think about the niqab debate. Well clearly every woman has a right to wear what she chooses without being anyway coerced. And I think there are times when it is right that society demands to see someone’s face, i.e. in a court of law. How does it make me feel? A little bit sad I suppose. Such female obfuscation implies such a brutal vision of female seduction and male temptation, such a denial and degradation of the joy of strutting down the street and for a moment increasing the heart rate of the passing male…

One thought on “Pretty Woman”