The answer is: take them on an outing to see the most talked about film of the year so far, “50 Shades of Grey”. My good colleagues Mistress Alice Malice, Lady Lola, Mistress Akella and I could not stop laughing from the moment Anastasia, the virgin heroine of this sorry saga, did a comedy fall into the office and evil lair of billionaire and sexual sadist, Christian Grey who promptly informs her, with all the subtlety of a sledge hammer, that he enjoys “taking control in all things”. 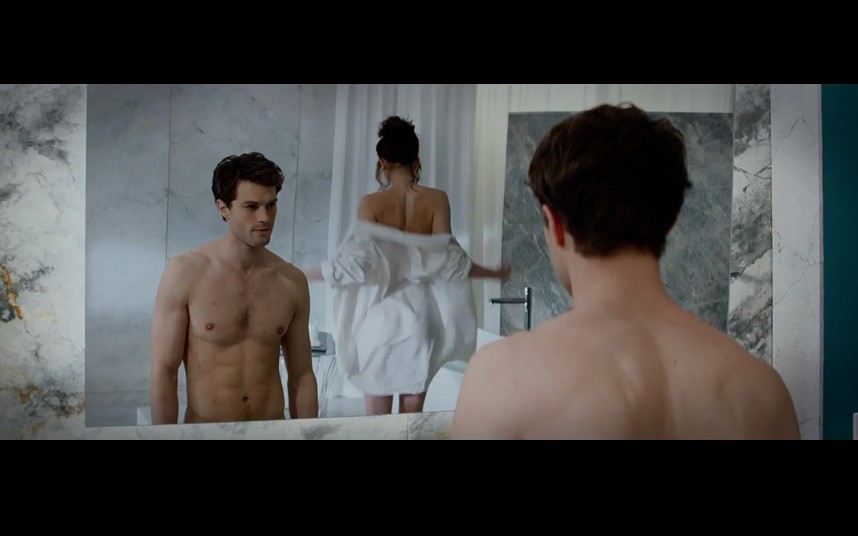 Mr Grey engages in some moody staring whilst Annatasia takes her kit off which pretty well sums things up!

Matters did not improve both in terms of the film or the borderline hysterical behaviour. As the Mills and Boons-esque cliques relentlessly continued and Annatasia is given an improbable number of exotic air travel experiences and orgasms, I spilt my gin and tonic and Lady Lola choked on her popcorn. We did feel a little bad at first that the barely contained guffaws might be disturbing the reverential silence of genuine fans of the trilogy, but soon the rest of the audience was tittering away also.

So does this film have anything to merit it other than being unintentionally rather amusing? My conclusion is very little. It is essentially a bodice ripper with some handcuffs and spanking thrown in for a little extra frisson. Though the sex scenes were very well and sensitively shot, as were the activities that took place in the Red Room of Pain (these scenes also had the distinct advantage of no-one saying anything!) The Red Room of Pain itself was also very aesthetically pleasing and Mr Grey had some rather exquisite implements. He didn’t seem to know what to do with them, however. Mr Grey’s backhand whipping technique was most bizarre and seemed to require a level of exertion where 6 of the best left him dripping in sweat. Perhaps he should drop round in his helicopter some times and I will give him some tips! 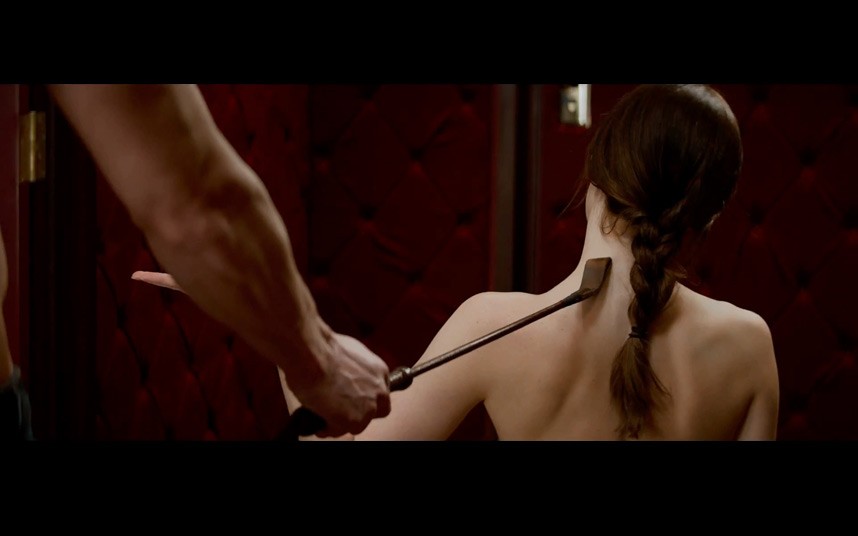 Nice crop, shame Mr Grey doesn’t know what to do with it….